Witch Pix, a Salem Favorite, on Surviving the City’s Weirdest Halloween Yet 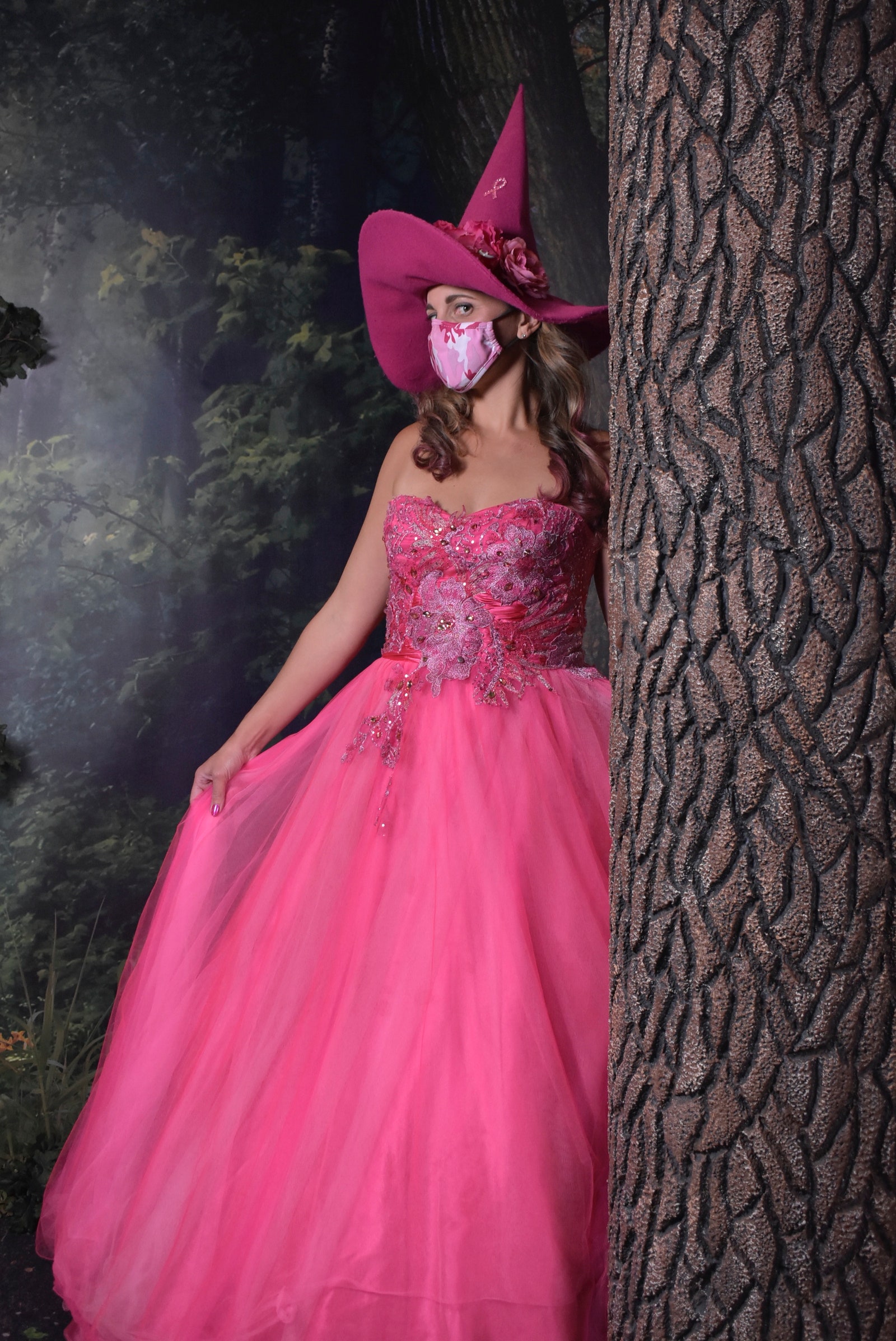 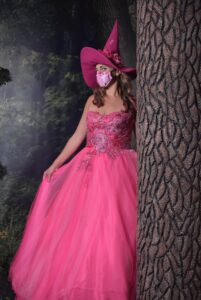 The spirit of Halloween lives year-round in Salem, Massachusetts, but is especially over-the-top during the month of October. The infamous home of the Salem Witch Trials has leaned into its spooky history (its mascot is now a flying witch), and in October, the streets are dotted with dramatic colonial-era plays while onlookers wearing the costumes they’ve planned for months clutch Dunkin’ coffees. One of the gems in Salem is a portrait studio called Witch Pix in the Witch City Mall. The small business, which takes family-style photographs of customers in costumes, is run by a woman fittingly named Hope Hitchcock. The spirit of Salem is embodied in the studio, open since 2003, and it has become a one-of-a-kind landmark in the city. It offers a personalized, spooky memento of one’s experience in Salem. Here, people are able to dip their toe into the Halloween spirit and dress up in Witch Pix’s offerings of witch and wizard costumes. They pose with props in front of a bevy of backgrounds, like a foggy moon or an enchanted forest. In each photo, the patrons beam. In one image, a group of women poses in pointy hats and jewel-toned robes in a foggy forest; in another, a woman wearing a spider-embroidered corset with devil horns smolders in front of a rickety-staircase background. It is all a bit ghoulish and cheeky yet earnest.

Fast forward to today, and Hitchcock has been put in a predicament due to COVID-19. Like many small businesses in Salem or rather, in America—Witch Pix has suffered financial losses. Their situation is especially challenging because the experience of Witch Pix is usually a physical one. Typically, employees and the photographer would help customers dress in the costumes and adjust their looks when they take pictures, which is crucial to how they work and how those photos turn out. “In the past, we could go right in and touch them with our hands,” she says. “We could take the cape and move it by two inches just to make a picture better. Now, we need to verbalize those instructions as efficiently as possible.” 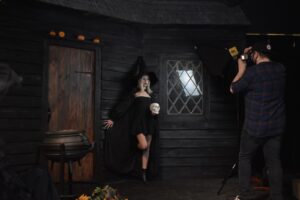 There are numerous safety measures in place.  Everyone has to wear a mask in Witch Pix unless they are getting their picture was taken, in which case they stand six feet apart from the photographer. Hitchcock sent me via email a list of the precautions, which she later referred to as an “anger list.”

Hitchcock notes that crowds of people are still coming into Salem to celebrate Halloween, but that has brought in another issue: The City of Salem has instituted sets of COVID-19 rules and regulations regarding crowd control, sealing off parking lots, and enforcing geo-fencing so people can’t buy tickets to events unless they are already inside the city. (Local train service has been skipping the Salem stop.)

“It’s very mixed emotions and different sides of the rationale,” says Hitchcock. Despite the obvious constraints on her busiest month of the year, she is staying positive. “I’m hanging on until the next season, which is spring. I think I am going to be okay by the skin of my chinny chin chin. I will do what I can because I know in my heart that what I had planned on, what we built this year, it’s in place now, it’s successful, and it’s going to be successful next year. I have to keep reminding myself because there is truly an emotional seesaw.” 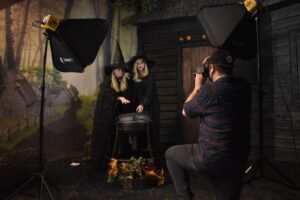