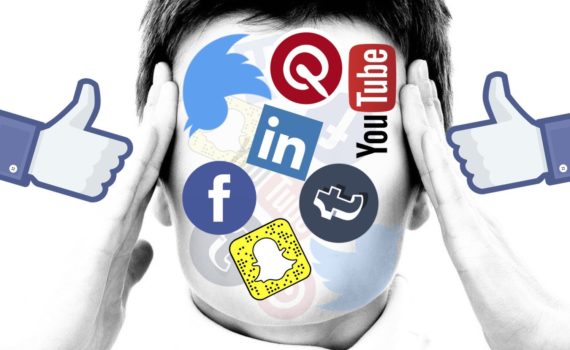 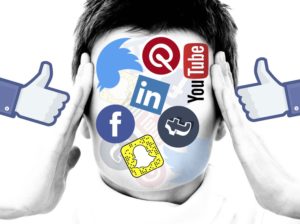 The early months of the year are traditionally a time for abstinence, introspection, and renewal. This is witnessed in old-time traditions such as New Year’s Resolutions and fasting for Lent. It is also seen in emerging traditions, such as Dry January or Veganuary.

Another emerging tradition has become known as a digital detox. This refers to self-initiated periods of abstinence from using digital devices, especially abstention from social media. This practice is a response to growing concerns about the over-usage of social media and digital devices.

Indeed, research indicates a significant increase in the usage of social media in recent years. This has become especially intense among young people. For example, one recent study found that over 20 percent of students use social media for over five hours per day. Is this too much?

What Is the Impact of Such Usage on Mental Health?

Importantly, one recent study found that people who limited their social media use to half an hour a day have significantly lower depressive and anxiety symptoms compared to a control group. All this suggests that the over-usage of social media can be bad for mental health.The Passive Use of Social Media

Social media usage is sometimes divided into passive and active usage. Passive usage refers to the practice of quietly observing other people’s social media. Research indicates that such passive usage can foment envy and resentment, as well as anxiety-provoking Fear of Missing Out (FOMO).

It is easy to understand how this can happen. Many social media users portray themselves and their lives in an unrealistically flattering manner, sharing heavily sanitized and filtered versions of reality. The brief infrequent highlights are often presented as the norm, while the routine monotonous grind of daily life is rarely shown.

This can lead some passive viewers, especially impressionable young people, to make flawed social comparisons. For example, research indicates that some social media users may wrongly conclude that others are leading much more fulfilling, exciting and happier lives. This can make them feel inferior and inadequate, which can lower self-esteem and increase anxiety.

The Active Use of Social Media

The active use of social media refers to the practice of regularly posting videos, pictures, status updates, comments, or posts. This can involve strenuous impression management, often with the purpose of seeking the approval and admiration of others. In psychology, this is known as a search for ‘external validation’. In urban slang, it is known as ‘fishing for likes’.

Indeed, this process can result in an unhealthy self-scrutiny of body image, physical appearance, and general lifestyle. Some research indicates that strenuous efforts to portray a ‘my fun-filled life’ version of reality can have severe psychological costs, especially if the desired approval and validation are not forthcoming. This can lead to self-doubt and self-loathing.

In worst-case scenarios, active use can lead to ridicule or attack, rather than compliments or praise. Taken to extremes, this can result in the well-known phenomena of cyber-bullying, which has been associated with suicidal behavior in recent years.

For example, one study indicated that heavy usage of social media and digital devices (especially before bed) can negatively affect the quality and quantity of sleep. This is concerning, as a good night’s sleep gives the brain and the body a chance for rest and renewal. Indeed, disturbed sleep has been consistently associated with poorer mental health.

Similarly, heavy social media users can spend large amounts of time staring at a small screen, which can contribute towards headaches, migraines, and problems with vision. Such habits can also inhibit exercise and outdoor activity in nature, which has been linked to good mental health.

To be sure, social media can allow users to connect with people of similar interests and mindsets, contributing to increasing social networks. In talking about social media, it is not all doom and gloom, and usage in moderation can sometimes foster social connections and social capital.

That said heavy users of social media and digital devices may be forgoing actual face-to-face social interactions to indulge their social media habits. For example, one recent report indicates that the average user of online dating apps is spending around 90 minutes per day on the app. Perhaps this time would be better spent actually socializing with people in real life?

Steps to Taking a Digital Detox

The evidence is clear. Heavy usage of digital devices and social media is harmful to mental health. As such, a digital detox should be considered as an important self-care strategy.

Importantly, a digital detox does not always mean complete abstinence. Such advice may be both trite and impractical, as many people use their digital devices for essential business, educational, and familial purposes. Instead, some simple steps can moderate usage with beneficial effects, three of which are outlined below.

The first step relates to time. Some individuals are resolving to abstain from digital devices and social media during certain times of the day, or even certain days of the week. This might involve a digital curfew, for example, no usage after 9 PM, or no usage on Sundays. Such a strategy can be helpful for sleep and rest and can be tailored to individual specificities.

The second step relates to space. Some British pubs have enacted a ‘no phones, no laptops, no tablets’ policy to encourage social conversation. Similarly, some people are specifying digital-free spaces in their own homes. This commonly includes spaces such as the bedroom or the dinner table and again can be tailored to individual circumstances.

The third step related to alternatives. Many people are using social media and digital devices to fill a social vacuum. A successful digital detox will create free time for alternative activities, which may better fill this vacuum. Individuals can create an action plan in this regard, which may include rekindling old interests, pursuing new hobbies, or volunteering.

A digital detox can give time for introspection and renewal. It can be positive for mental and physical health and create a new space for alternative health-promoting activities

Try it and see for yourself.