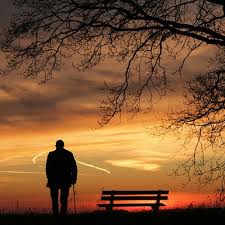 Loneliness isn’t always the same as being alone.

Being alone is a choice. One might be looking to have some personal time for oneself after mingling with others. Another individual might find that being alone and engaging in hobbies is a fulfilling way to spend time. Being alone is something that we can control and change.

On the other hand, feeling lonely isn’t something most people choose willingly. In fact, one can continue to feel lonely despite being surrounded by people. Just like any other emotion, loneliness has many different causes and affects everyone differently.

From losing contact with close friends and family to believing that others aren’t trying to understand and care for you, it is difficult for one to change the factors that cause loneliness. And this is quickly becoming a major issue.

The epidemic of loneliness
In 2019, after conducting a survey of over 10,000 individuals in the United States, Cigna found that 61% of the surveyed participants experienced loneliness. In addition, 47% reported that their relationships with others were not meaningful.

With over half of the participants agreeing that they had been experiencing loneliness, it seems that this feeling of loneliness is something that has become commonplace in today’s society.

And while being alone sometimes is important, the fact that nearly half felt that the relationships they shared with others were not meaningful is deeply worrying. After all, humans are social animals that have adapted to living with complicated social interactions.

Furthermore, we are currently living in an abnormal world. With the pandemic out there, we are now forced to keep our distance from others in order to keep ourselves (and others) safe from the virus.

In the UK, loneliness has peaked with additional lockdown measures. In November 2020, 8% of adults reported that they were “always or often lonely”. And while 8% might sound like a small percentage, this 8% actually represents over 4 million people.

With so many individuals already experiencing loneliness (with more sure to come as lockdowns and travel restrictions continue to reduce physical human contact), we have to really consider how loneliness can affect our brain and mental health.

Loneliness and our brains

Loneliness doesn’t just lead to a combination of emptiness and sadness. It has the potential to “make a person irritable, depressed, and self-centered” all while increasing one’s risk of premature death.

And it doesn’t stop there. Loneliness has a huge impact on our brains as well. Over at Rush Alzheimer’s Disease Center, researchers studied 823 older adults over a period of 4 years, finding that when loneliness was quantified on a 5-point scale, the risk of developing Alzheimer’s disease increased by 50% for every point on the scale.

At the same time, social isolation (which leads to loneliness) has also been found to negatively affect cognition in older adults. When studies were conducted on mice living in groups (mirroring complex societies), researchers found that shifting mice subjects over to isolation led to a significant decrease in total neuronal volume.

Humans as social animals
On the other hand, socializing turns out to be extremely beneficial for humans. In fact, when studying “SuperAgers” — elderly individuals older than 80 who maintain mental agility similar to those in their 50s or 60s, researchers found that these SuperAgers all had high levels of positive social interaction.

Similarly, another study found that the elderly who already had high levels of amyloid-beta protein, a protein linked to Alzheimer’s, was able to slow mental decline by socializing regularly.

And although many of these studies are aimed at older individuals, this doesn’t mean that dealing with loneliness can wait. Relationships with others cannot be formed overnight.

When dealing with loneliness, try your best to step out of your comfort zone and meet new people that you might end up forming connections. Give a call (or drop a message) to those close friends and family members you might have lost touch with. Join a hobby club, play some sports, or join others that play the same video games with you.

And when dealing with restricted human contact due to lockdown measures, you should work towards connecting with others through calls and social media. For those who prefer to have some “me-time”, astronaut Scott Kelly suggests keeping journals, sticking to a schedule, and getting a hobby.

One Reply to “How Being Lonely Affects Our Brains”