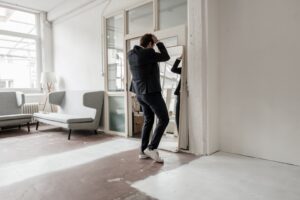 Only a narcissist would claim to fully grasp narcissism. It’s among the most complex and utterly dichotomous human traits: producing leaders and destroying relationships. Armchair psychologists attach the term to friends, relatives, and maybe the current president. Despite an “exponential explosion in scientific attention” in recent years, “the narcissistic personality stubbornly persists in puzzling psychologists attempting to understand it, all the while perplexing clinicians attempting to treat its pathological manifestations,” researchers opined in the journal Personality and Social Psychology Review two years ago.

The latest research provides a peek at how youthful narcissistic tendencies play out later in life, affecting jobs, relationships, and well-being, plus how the “selfie-generation” feels about being labeled narcissists. To understand it all, some narcissism 101 is helpful.

Named for the Greek character who fell in love with his own reflection, narcissism is a set of personality traits characterized by an outsized sense of self-importance and lack of empathy, along with a great need for attention and, in the most extreme cases, ironically fragile self-esteem that can ruin careers and relationships. Extreme narcissists can be know-it-alls. They may bully, blame, and humiliate others, refusing to take responsibility for their own mistakes, explains Joseph Burgo, author of The Narcissist You Know. And they can be vindictive. “Extreme Narcissists always need to prove that they are ‘winners’ in comparison to other people they view as ‘losers,’” Burgo says.

But there are many shades. “People have differing degrees of narcissism from high to low,” says Eunike Wetzel, a professor of psychology at Otto von Guericke University in Germany. People can also have varying levels of each of narcissism’s three main facets, with effects ranging from good to bad to ugly. The three main facets are:

Leadership: Extraversion, high self-esteem, a strong persistence toward goals, and a desire to lead. By itself, this can be a very healthy trait, particularly in work and social situations.

Vanity: Taking excessive pride in one’s appearance and achievements, wanting to be the center of attention, and harboring grandiose fantasies of success.

Entitlement: Interpersonally toxic tendency to disagree a lot and devalue others, to use them as pawns for personal gain, to feel above everyone else, and an extreme need for admiration and affirmation. At its worst, this is the ugliest facet of narcissism.

Mellowing with age?
In a new study published in the Journal of Personality and Social Psychology, Wetzel and colleagues looked at narcissistic traits of 237 students who long ago attended the University of California, Berkeley, based on surveys done when they were freshmen, and how things played out 23 years later. For most of them, narcissism declined with maturity.

While a small number remained narcissistic as they aged, “only 3% of participants actually increased in overall narcissism between the ages of 18 and 41,” Wetzel says.

Young adults with the highest levels of vanity were found to be more prone to unstable relationships and more likely to be divorced in middle age, the researchers report.

Vanity declined about 25% less in people without children compared to people who had kids, and a third less in people who were not in a serious romantic relationship. Perhaps vain people who perceive they have failed on these two fronts may continue to focus more on themselves as they age, compared to the married-with-children crowd, the researchers speculate. That could mean hewing to a better diet and more exercise, possibly explaining why the vainest also report being healthier, at least based on a single question rating their general physical health.

Finally, those who felt the most entitled at 18 tend to have lower overall well-being and lower levels of life satisfaction in middle age.

“Longitudinal studies such as this one are very important to understanding life-related outcomes associated with narcissism,” says Erin Hill, an associate professor of psychology at West Chester University who was not involved in the study.

How does being a narcissist affect one’s health?
Science has yet to definitively tie narcissism to any long-term health outcomes, but research shows it can have benefits, “including higher levels of self-esteem and, in turn, some benefits to overall mental health,” Hill says. A narcissist might be more inclined to exercise, but the overconfidence, perceived invulnerability, and strong desire for rewards have been linked to riskier financial decisions and substance use, and all this can negatively affect interpersonal relationships and life at work, she adds.

“Narcissistic men may be paying a high price in terms of their physical health, in addition to the psychological cost to their relationships.”
Meanwhile, narcissistic men might be more at risk of bad health outcomes than narcissistic women.

One study from 2012 compared narcissistic traits to levels of cortisol, a stress hormone, in 106 college students. Chronic high levels of cortisol indicate elevated psychological stress, which has been linked to a higher risk of depression, heart disease, and memory impairment, among other ills. Unhealthy narcissism, such as entitlement, was more than twice as likely to be associated with higher cortisol levels in males as in females, and the evidence suggested the higher levels in men were chronic, not just driven by short-term stressors, the researchers reported in the journal PLOS One.

“Narcissistic men may be paying a high price in terms of their physical health, in addition to the psychological cost to their relationships,” says that study’s co-author, Sara Konrath, a University of Michigan psychologist.

Konrath cautions that whenever research relies on self-reporting, narcissists can be relied upon to view themselves as better and more powerful than others, potentially clouding the results. As for long-term health effects, little is known, as she and a colleague write in an extensive essay on the topic, partly because most studies of narcissism involve young adults. But their research has linked the unhealthiest forms of narcissism, including entitlement, exhibitionism, and exploitation, to increased symptoms of depression and poorer sleep quality, compared to people with healthy narcissistic traits related to leadership, including authority and self-sufficiency.

She called the new study’s finding that life experiences can change a person’s level of narcissism “interesting and valuable,” but pointed out the study involves a small number of participants, with high income and education levels that are not representative of the U.S. population as a whole.

Narcissism isn’t as pervasive as you might think
Anyone can take the 40-question Narcissism Personal Inventory that researchers typically use to gauge narcissistic traits. However, scoring high does not necessarily mean a person has the clinical disorder, says Wetzel, whose study looked at common narcissistic traits, not clinically diagnosed narcissistic personality disorder. Diagnosing the disorder involves additional assessment by a psychologist or psychiatrist assuming someone seeks treatment.

Scientists don’t even know for sure what causes narcissistic tendencies. But it can be useful to think of narcissism as a spectrum, from absolute selflessness to total arrogance. Everyone is on it, argues Craig Malkin, a Harvard Medical School instructor and author of Rethinking Narcissism. In this view, a bit of self-centeredness is healthy, but like any personality trait, it becomes pathological when taken to the extreme.

The trigger and causes may be a mix of inherited genes, the wiring of a particular brain, and likely what happens in childhood, for which a nearly endless list of possibilities are suggested: traumatic childhood experiences, parents who reward only high achievement with conditional love, a narcissistic parent who places unrealistic expectations on a kid, parents who brag excessively about their “golden child.”

In the United States, 7.7% of men and 4.8% of women have a clinical narcissistic personality disorder, according to one oft-cited estimate published a decade ago in the Journal of Clinical Psychiatry. That research involved more than 30,000 people interviewed face-to-face, on two occasions three years apart.

A handful of studies since then have suggested narcissism is on the rise. But these have typically been based on small, self-reporting surveys, not clinical diagnoses, and often play off popular opinion by pointing a finger at the selfie generation, including millennials, now roughly age 23 to 38; and Gen Z, sometimes called post-millennials, 22 and younger.

It’s simply not true, says Brent Roberts, a University of Illinois psychology professor who worked with Wetzel and Grijalva on the new study. In a separate look at data on tens of thousands of college students, Roberts and Wetzel concluded they are in fact slightly less narcissistic than their 1990s counterparts.

Perceptions persist, however, even among young people.

Earlier this year, another research group surveyed college students and older adults of all ages, learning that despite research showing that younger generations are not more narcissistic than previous generations, students believe the popular narrative that “adolescents and members of their own age group are indeed exceptionally narcissistic and entitled,” but they are “somewhat distressed” by the labels. “All generations think that the youngest generations… are the most narcissistic and entitled generations,” said study leader Joshua Grubbs of Bowling Green State University. “However, millennials and Generation Z dislike this characterization and believe it less than older generations do.”

Flattery will get you everywhere
No matter how it’s defined or what its exact manifestations are, narcissism is “sort of the buzzword of our time,” says Ramani Durvasula, a professor of psychology at California State University, Los Angeles, who is also the author of Should I Stay or Should I Go?: Surviving a Relationship with a Narcissist. “And it is woefully misunderstood. People with narcissism are often the most insecure people in the room, but they learned how to not show it.”

“A narcissist will fool you with smarts and charm, but behind the facade is a lack of empathy and compassion and a propensity to deceive,” Durvasula explains in an American Psychological Association podcast. This can make them a tough romantic partner.

Anyone who’s ever had a job knows these problems can extend to the workplace. Given their sensitive egos, narcissists can feel threatened easily and lash out aggressively, says Grijalva, the co-author of the new study. They are typically selfish, not tending to act in the best interests of their group or organization.

In previous research, Grijalva found that when the most narcissistic people become leaders, their worst traits tend to emerge, including “being exploitative, arrogant, and even tyrannical,” undermining their effectiveness.

“At work, I am careful about publicly disagreeing with or embarrassing these individuals,” Grijalva says today. “I also find flattery is more effective with narcissists. If I suspect someone may be narcissistic, then I try to involve them in making decisions and let them believe that something is their idea.”