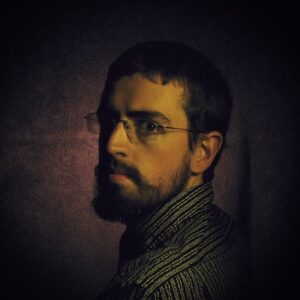 The definitive trait that sets narcissists apart from other people is their compulsive need to be adored.

Narcissists, unlike psychopaths, are still very much human. They need to eat, sleep and socialize to be happy. They need careers and hobbies to feel fulfilled. But, above all, they need to be admired. I know, because I am one.

I realized this, of course, with help of other people. Humans are exceptionally good at spotting things in others they cannot spot in themselves. I am no exception. Narcissists attract other narcissists, and I had plenty of material to study.

In short, narcissists participate in admiration-for-admiration games. I pat your back, you pat mine. As long as it keeps going, we’re both happy. When this unspoken rule is broken, we’re going to have a fight.

If you’re not willing to participate in these games, the best thing you can do is leave. Otherwise, you’re going to make your narcissist very unhappy. Here are a few sure-fire ways you can make a narcissist miserable.

In their mind, they are the central source of authority. Narcissism does not imply stupidity, so narcissists will often mask their superiority complex by throwing around names or quoting a news article, but deep down they think they know better.

Investigating their core beliefs is a sure-fire way to piss them off. A non-narcissist will have no problem identifying the sources of their beliefs. They will point to a particular book or life experience that made them believe what they believe. Your investigation may elicit some surprise or unease, but not anger.

A narcissist, on the other hand, will turn more and more aggressive the deeper you dig down their belief system. For a narcissist, their very views have become their source of authority. To question their views is to question their worth, which spoils the fun. I came here to be admired, not to be questioned.

Ignore.
Some people believe that you can somehow ‘argue’ a narcissist into changing his mind. That’s not true. Arguing is an expression of dissatisfaction and anger, which falls perfectly onto the love-hate dynamic narcissists feed on.

Much like the opposite of love is not hate but indifference, any strong emotion towards a narcissist is essentially acceptable. Love me. Hate me. But never, ever, ignore me.

Ignoring a narcissist is the equivalent of cutting off the drug supply to an addict. When someone is reliant on consistent admiration, they will accept it in almost any form. You can get batshit at a narcissist, and all they’ll see is that they’re still important to you. Which means, good.

That’s why we call these people emotional vampires. They literally satisfy their emotional needs by eliciting emotions in you.

Most narcissists aren’t bad people. They often don’t even realize the effect they have on others. Like most of us, they do things that make them feel good.

But be warned: all of your passionate efforts to change their mind will just make the problem worse. You battle addiction with abstinence, and you battle narcissism with quiet indifference.

Confront.
Confronting a narcissist is weird. You never really have the proper ‘evidence’ to do so. And if you try to point out certain behaviors that ‘prove’ their narcissism, it’s probably you who’s going to look like the crazy, sensitive, overreacting one.

Don’t try to justice your way through this. Narcissism isn’t a crime, and no evidence or witnesses will help you win this. You can’t prove something that wasn’t clearly defined in the first place.

What you can do instead is talk about your own feelings. “I hate it when you ghost my texts” is a strong, definitive statement. “You’re a ghosting narcissist” is an opinionated accusation.

Use the “I” language as your last line of defense. It probably won’t work. It’ll probably just feed their ego. But you’ll know deep in your heart you did everything you could to salvage the relationship. The rest is up to them.

9 Unfortunate Signs That Your Potential Partner Is

How to Be Grateful For What You Have

How to Make a Narcissist Miserable