French designer Manfred Thierry Mugler, who left his mark on the fashion of the ’80s and its history in general, passed away on Sunday, January 23, 2022. He was 73 years old. According to his manager, he died of natural causes.

“We are saddened to announce that Manfred Thierry Mugler passed away on Sunday, January 23, 2022,” his official Instagram page said.

Although it went out of fashion in 2002, the designer remained a prominent figure in the industry. His first designs were discovered by a new generation of powerful women. After seeing Mugler’s work at the Costume Institute’s “Superheroes” exhibition in 2008, Beyoncé commissioned him to design the costumes for her tour. More recently, the impressive appearances of Cardi B. and Kim Kardashian had his signature. Kim even ordered a tailored “wet look” from Mugler for the 2019 Met Gala.

Power and demonstration were the main pillars of Mugler’s work. His aesthetics were in many ways identical to those of photographer Helmut Newton, who used his creations for countless covers and editorials for Vogue in the 1980s. Their aesthetics were common and one can easily see the modern approach of the two men in sexuality, fun and lifestyle.
Mugler’s “guy” was the femme fatale. For his silhouettes he used the logic of the inverted triangle, with the excessive shoulders and the shape of an hourglass. The idea of ​​the “wasp” waist took on new dimensions when he imagined his models as insects for his haute couture collection in the spring of 1997. In other collections, Mugler introduced women as robots, dressed them in tires to resemble multi-cubic motorcycles. he even transformed them into clams, but he could also see them as goddesses and angels.

Fashion showman, Thierry Mugler decided to do everything for his anniversary collection for the 10 years of the house, in March 1984. The show took place at the Zénith Stadium in Paris. The runway was designed to extend into the seating area and “hug” the audience. In the finale, pregnant Pat Cleveland came down from the roof as Madonna and captivated the audience. In the following days, everyone was talking about his show.

Born in Strasbourg in 1948, Muger studied at the School of Fine Arts and danced in local opera. He left for Paris in 1966, where he worked for other designers and as a photographer. He presented his first creations in 1973 and founded the house of the same name the following year, and quickly became known for the dynamics of his lines and his vision.

As a former dancer with a completely personal sense of shape and color, he used his sense of theater and ballet for the themes of his shows. The body had a special meaning in his designs, but he dressed it with art. The sculpted forms and the cuts became signatures and established him, while he adored the latex.

According to the New York Times, Angel, Mugler’s best-selling perfume, “is considered the first gourmet perfume because of its unusual ingredients.” The fragrance was released in 1992, the same year that George Michael hired the designer to shoot the video for “Too Funky”, a sequel to “Freedom ’90” starring some of the legendary supermodels of the era.

Mugler’s work in fashion intersected with surrealism, science fiction and fetish. He was often associated with costumes (in 2003 Mugler will be hired by the Cirque du Soleil). Some considered his work sexist, but it could also be considered a message of empowerment. When it went out of fashion, the designer returned to his first name, Manfred. Through bodybuilding and surgery he changed his appearance. The New York Times once described him as a “110-pound spectacle with muscles, nipples and tattoos.” 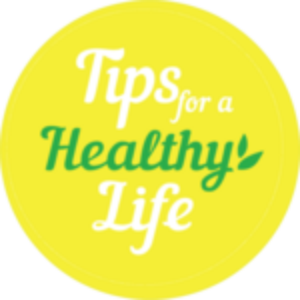