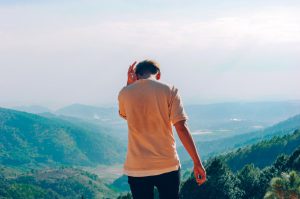 How do you know if you have a highly sensitive temperament? The first port of call is the HSP-scale test. It’s also worth taking a closer look at the four indicators that sensitivity experts like Elaine Aron use to define high sensitivity.

“I react strongly to criticism.” “I wish I had thicker skin.” “I’ve been really sensitive ever since I was a child.” “I get quickly stressed and ﬁnd noisy surroundings hard to deal with.” These are just a few of the things I typically hear from the highly sensitive clients I’ve met over the past few years. Do any of these thoughts ring a bell with you? Although these thoughts could result from, for instance, short-term psychological issues, they could also be an indication that you are highly sensitive.

Clinical psychologist and researcher Elaine Aron describes four indicators that we can use to judge whether we are highly sensitive, which she refers to using the acronym DOES:

Let’s look at what each of these terms means.

Depth of processing is the key characteristic of high sensitivity, from which the other three indicators all stem. It’s difficult to observe the depth of processing externally, but it can be witnessed indirectly in people who think deeply about things and experience strong feelings in response to their surroundings and the experiences that they have. It is a high sensitivity, a “delicacy” when faced with both positive and negative sensations and nuances in the world, and the deep way in which one deals with and processes what one has experienced.

What this means on a practical level is that you may, for instance, be someone who thinks a lot about spiritual and philosophical questions, you may ﬁnd decisions difficult to make, and you may like to think analytically and laterally about problems. It may mean that you appreciate and seek out the depth and that you’re deeply empathetic in terms of both people and animals.

Everything that highly sensitive people experience they process deeply and every experience leave behind traces in the form of thoughts, feelings, impressions, bodily sensations, memories, and fantasies. It is as if the mind and the body of a highly sensitive person are a seismograph that is able to pick up subtle vibrations in the ground, responding far more quickly and reacting far more strongly. Sometimes this can be pleasant because it can be an enriching experience that makes life vital and varied. But sometimes it can be tiring and stressful. When the things you experience are processed very deeply, then this is true of all the experiences that you have in life, whether negative or positive. 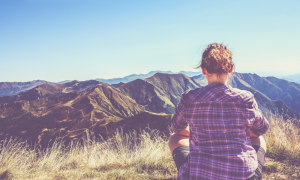 If you react particularly sensitively to your environment and you deeply process the information and stimulation around you by observing, reﬂecting, feeling, and reacting, then this overstimulation can quickly lead to a feeling of overarousal.

All people inevitably reach a high level of arousal if they experience a very high pitch of stimulation. Essentially, our arousal level represents the level at which our nervous system is being activated. When we react to external and internal stimuli and process them, our physiological arousal increases, which, in turn, inﬂuences our feelings and thoughts.

When this arousal level is too high, our well-being and our cognitive abilities begin to decrease, which can manifest itself in difficulties concentrating, struggling to come up with ideas, and blanking. We also experience a high degree of physical and emotional tension, sometimes even anxiety.

Because of their very reactive and sensitive central nervous systems, highly sensitive people process information very deeply and as such become over-aroused and overstimulated far more quickly than people who are less sensitive to their environment. Often, highly sensitive people will describe overstimulation as just “stress,” “tension,” or “irritability,” and it is usually the biggest challenge that their high sensitivity poses because it is often very hard to avoid in daily life, be it work meetings, children’s birthday parties, or even a brightly lit, busy supermarkets.

The third indicator of high sensitivity is a generally high emotionality, which is not limited to certain situations or speciﬁc feelings.

Again, this must have been present from childhood and relates to both positive and negative feelings and is not related to very speciﬁc situations in which these feelings relate to a person’s negative life experiences. In other words, a tendency to react to things more emotionally than others do in similar situations and to do so whether such things are pleasant or unpleasant and in whichever situation they take place.

Also typical for highly sensitive people, and connected to emotional reactivity, is a high capacity for empathy, supported by ﬁndings that show that the area of the brain containing “mirror neurons” is more activated in highly sensitive people. These cells in our brains are activated when we witness something, exhibiting a pattern of activity that corresponds to the pattern that would have been activated if the same thing had happened to us. 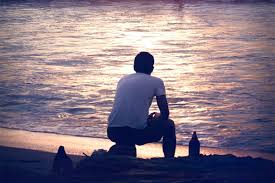 If as a highly sensitive person you find particular fabrics unpleasant, have trouble sleeping in noisy environments, or quickly notice small changes in your environment, this does not, in fact, mean your sensory organs are better developed than other peoples’, but rather that you processing the stimuli more deeply. This is a marker of high sensitivity. In other words, highly sensitive people don’t hear or see better than other people, but what they do perceive is processed more deeply and resonates in them longer.

Our sensitive, physiological perception of the world through our sensory organs can be related to hearing, seeing, smelling, tasting, and touching, and also to our perception of pain and temperature. It’s very typical that highly sensitive people have a marked aversion to extremes of temperature, whether hot or cold; that they often ﬁnd loud, full, or busy places quickly overstimulating; and that they are often very sensitive to smells and sounds.

There are, of course, big differences among highly sensitive people in how these indicators manifest themselves and how regularly they occur. Not every highly sensitive person, for instance, is sensitive to smells, and individual traits can manifest themselves to different degrees and be triggered differently in different situations. Alongside differences in our experiences and formative histories, how we’re feeling on a given day, our mood, our age, and the context of a given situation all play important roles in how we feel and react. Nevertheless, all four of the DOES indicators do need to be clearly recognizable and regularly manifest themselves as a tendency in our lives for us to be considered highly sensitive, even if they are not all necessarily felt as being equally challenging or problematic.

Thierry Mugler: The life and heritage of one of th

How To Avoid Conflict with A Covert Narcissist #ps

8 Things Every Person Should Do Before 8 A.M.

Nails: Matcha nails are the new trend for your man

What Happens If You Only Eat One Meal A Day #healt