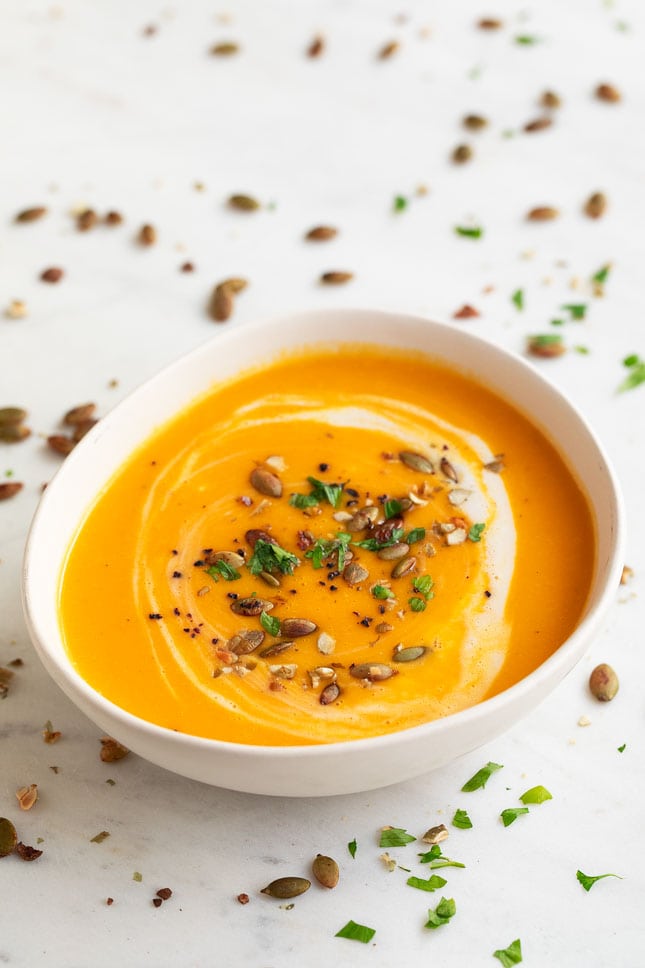 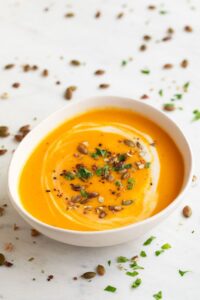 The Ingredients that we will use:

Heat the oven to 200C/180C fan/gas 6. Peel, deseed, and chop the pumpkin into 3cm chunks (reserve the seeds for the relish – see tip). Tip the pumpkin onto a baking tray, drizzle over half the oil, scatter with the allspice and toss well. Season and roast for 30 mins until golden and tender. Meanwhile, toast the coconut flakes for the relish in a dry frying pan over a low heat for a few minutes until lightly golden. Remove from the pan and leave to cool, then stir in the pumpkin seeds, chilli, coriander and lime zest.

Heat the remaining oil in a large saucepan over a medium heat, and fry the onion for 5 mins until tender but not golden. Add the ginger and garlic and fry for another minute, then tip in 1 litre stock and the miso. Put the roasted pumpkin in the pan, then bring to a simmer. Remove from the heat and blend the soup with a stick blender until smooth. If you prefer a thinner soup, add the remaining stock. Return the soup to a gentle simmer, then season well and stir in the lime juice. Ladle into bowls, and serve topped with a swirl of the soya cream and a sprinkle of the relish.