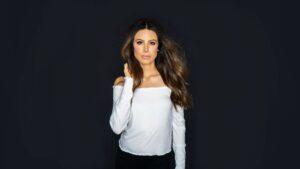 When I was younger and hitting the dating scene hard, I had no clue about gaslighting. However, I had experiences where I would see something happening in a relationship, and my boyfriend (or a guy I was seeing) would tell me that I was crazy and it wasn’t happening. Yet, I would find out that I was right, leaving me to wonder why I second-guessed myself and why I was so quick to believe someone else.

Years later, I learned that gaslighting is a way of manipulating someone into second-guessing what they know to be true. This also happens in families, friendships, workplaces, across races, and genders. Actually, gaslighting is something BIPOC and LGBTQIA+ have been fighting against for far too long.

After learning about gaslighting, I thought, wait, I know this! I’ve experienced this a lot.

If you’re not familiar with the term, I can’t stress this enough: Go look it up.

Read books, listen to podcasts, or follow the hashtags on Instagram. Learning about this tactic opened my eyes to the number of times this happened to me. It has also opened my eyes to when it’s happening in real-time. What’s crazier, I realized I’d done it to others in the past.

If you’ve ever been subject to narcissistic abuse, you might be more prone to falling for this kind of thing as it undermines your confidence and trust in yourself. It’s reasonable to think it’s going to take some time to break those patterns. Overall, I’ve had a rocky dating history and have continuously picked partners who were detrimental to my emotional and physical health. I grew up with abuse and experienced it in my early sexual relationships. Years of therapy and books have been helping, and I’ve realized I need my time and, thus, need a break from dating.

Handsome Guy
Last week, an acquaintance of mine started DM-ing me on Instagram. We used to run in the same social circles but never talked much. However, I always noticed him. He is good-looking, seems laid-back, and is stylish. We started chatting, making “should-vitations” to meet up. Surprisingly, the conversations continued all day, every day, for about a week. We began to learn more about each other, and he told me multiple times that he used to notice me, thought I was cute, and liked when I was around. He also sent me a selfie.

I could see where this was going. Usually, I’d be into it, but things are different for me right now; I’m in a time of transition. I’m back in school and am super focused on myself.

I knew it couldn’t work right now with this guy and, frankly, didn’t want us to waste our time chatting all day every day and sending selfies. We are three hours away from each other, and I didn’t want to nurture this, whatever it might be. Don’t get me wrong, if I lived closer and weren’t in school, I’d probably be down, self-growth be damned.

Ultimately, I decided to be upfront, saying that I liked talking to him but am focused on school. I reiterated that we could meet up for a drink sometime when I’m in his area.

The Awareness
What…What?! How did he turn this around? I was a little stung by this; we had been talking every day and getting to know each other. He was flirting and implying he would visit, right?

However, more importantly, without going back through the texts and checking the evidence first, I immediately knew he was gaslighting me. At that moment, I trusted myself. He was trying to distort what had transpired over the past week. Although this pivot was annoying, I understood why he took that route. It’s never fun to have someone end things before they can really get started. Still, what a tactic!

I don’t think he’s a bad guy, but I think sometimes people are used to certain defense mechanisms and don’t see how they’re harmful. I get it, it’s hard to be vulnerable. However, it wasn’t going to work on me, not this time. I’ve seen and learned too much.

For those who have experienced a significant amount of gaslighting, little situations like this are a big win towards breaking toxic patterns.

Of course, later on, I went through our texts and took screenshots for peace of mind. Hey, I’m not perfect, but at least I have the receipts!

Still, I’m trying to do the work to get out of nasty patterns, and being aware is one of those things I’ve learned. We’re all just trying to be better, live better, and feel safe, right?

How many of us have dealt with this in dating or other relationships, maybe with family? How often have we seen people doing things in plain sight only to have them challenge our realities with no remorse?

Of course, someone could argue that perhaps he wasn’t into me and was just chatting. Yea, sure, maybe the guy didn’t want to marry me, but I’ve been dating for a long time, and I know we were at least heading towards a few weeks of chatting and probably sexting, at least!

Old me would’ve believed this guy and questioned myself, thinking maybe I misunderstood something. I would’ve felt embarrassed, and it would’ve chipped away at my confidence, further perpetuating the cycle.

However, it’s empowering to recognize this behavior. The truth is, I’m still susceptible to it, but I can’t stop thinking about how I instantly realized what was happening. I liked how the awareness made me feel about myself — like my eyes are finally open like I could keep some dignity and power in my understanding of what went down.

Celebrating the little wins while doing the hard work on yourself is a step in the right direction!

One Reply to “A Guy Tried to Gaslight Me, and It Didn’t Work”